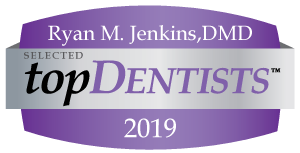 According to a new article by the Washington Post, research suggests that even though family history plays a role in the development of Alzheimer’s, there are also certain behaviors that can delay the onset of the disease, as long as they’re started early enough in life. While middle-aged people can benefit from lifestyle changes, it’s best to start introducing healthy habits earlier on in life.

One of the healthy habits to begin earlier rather than later is to avoid gum disease. This is not just because gum disease is bad for dental health, but it’s also been linked to the development of Alzheimer’s. Other healthy lifestyle changes such as increasing exercise and drinking vegetable and fruit juices can also help you to avoid this degenerative brain disease.

Around 5 million Americans suffer from Alzheimer’s and with the baby boomer generation averaging around the age of 60, the number of Alzheimer’s cases is expected to increase up to 70% by the year 2020.

The research for the study published by the Washington Post was compiled from three different and separate studies. The first was of middle-aged children of Alzheimer’s parents and looked at healthy lifestyle habits as a way to delay the disease. The second showed that people who drank fruit and vegetable juice at least three times a week were at a decreased risk for the disease.

The third study followed around 100 sets of identical twins to find any lifestyle factors that may be associated with the development of dementia and Alzheimer’s. This is the study that found that those who had gum disease and periodontitis earlier in life were up to 4 times more likely to develop Alzheimer’s and dementia. The researchers believe that the inflammation caused by gum disease may play a role in the destruction of the brain cells, causing Alzheimer’s.

The best way to avoid gum disease and periodontitis is to practice good oral hygiene habits. This means brushing at least twice a day, flossing every day, and making sure to visit your general dentist every six months for a dental cleaning and checkup. Dentists can remove tartar and detect any early signs of gum problems.

If you believe you’re suffering from gum disease or have any other concerns about your periodontal health, please contact Littleton Implants & Periodontics located here in Littleton, Colorado.

The Different Types and Benefits of Dental Implants Explained
There are several different types and benefits of dental implants that you should know about. You can check out our guide…
Specialist Advice: What Your Gum Color Says About Your Health
Do you brush your teeth regularly, but still deal with oral discomfort? Don't overlook the importance of your gum's health.…
Considering LANAP Treatment in Denver? Your Guide to this Amazing Procedure
Do you have gum disease and want to know more about LANAP treatment in Denver? Learn more about what this surgery is, how it…
Ouch My Bleeding Gums! 7 Things That Could Be Causing It And How To Treat It
Are you suffering from bleeding and inflamed gums? Here is a quick guide what may be causing it and how you can treat it.
Consequences of Skipping Dental Follow-Up Appointments
For many dental patients, follow-up appointments seem like just a formality. However, attending your follow-up appointments…